Home > Meditation Types > The Use of Symbols in Meditation

The Use of Symbols in Meditation 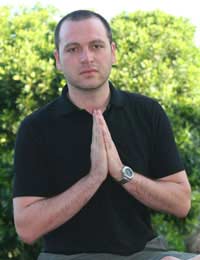 Symbols are use widely across many forms of meditation and can be a powerful way of channelling spiritual energy and of reaching a better understanding of the self. Meditation upon symbols as diverse as a natural landscape the Crucifixion of Christ, geometric patterns, the image of the Buddha and a visualisation of the Chakras (often represented by a Lotus flower) are common in all cultures and records of such practices are as old of records of meditation itself.

The use of a symbol principally helps one to focus their energy on one point, whilst enabling them to block out other influences. On top of this it possible through the contemplation of symbols to come to a better understanding of yourself in relation to that symbol, as well as coming to a fuller understanding of spirituality itself.

Focusing Upon a Symbol

When choosing a symbol, choose one carefully, but do not spend too long choosing - the symbol you choose quickly is likely to be the one most appropriate for you. When you have chosen it is possible to either directly focus upon your chosen symbol by looking calmly at it whilst clearing your mind, or to focus upon a visualisation of your symbol. If you are doing the latter, it is possible to visualise your symbol falling and rising with your breath, from the crown of your head to just below your navel and back again in a combination of breathing focused and symbol focused meditation if you wish.

In contemplation of your symbol, which may stand for Godliness, suffering, peace, or a world of other things associable with spiritual growth, you will find that many ideas and impressions are thrown up. It is a good thing to just go along with these impressions and observe them as they lead you to further realisations. Sometimes this process may lead to the adoption of a new image, whilst other times, it may seem unresolved. In either case, an observance of your feelings and associations during symbol-meditation is a valuable way of looking deep inside you over time.

The Significance of Symbols

Symbols can be very important in developing the spiritually aware mind to a state of full consciousness and oneness with all beings. Focusing on a symbol helps the mind not to stray into what can be very difficult territory as the unbound spiritually aware mind can be susceptible to many negative influences. Later on in an individual’s spiritual development, symbols can also be useful in realising the link between spiritual groups. A focus on particular symbol during meditation will often lead to a fixation on that symbol which may become unhealthy and obsessive. This can be seen on a wide scale in the way in which adherents to one group of religious symbols become resentful and hateful towards those who adhere to different images and practices. Such obsessive behaviour is clearly at odds with the intention of spiritual growth, fostering, as it does, a worldly attachment and worship of images. Spiritual Enlightenment aims towards the acceptance of all things and the consideration of oneself as part of everything. For this reason symbols, whilst being helpful early on in meditation, can later be used to point to the deceitful character of many religious practices. When you have truly reached this realisation in yourself it will be possible to carry on along your path without your symbol.

It is worth bearing in mind here that all significant religious figures of their time turned their backs upon the symbolic codes that had preceded them, rather than adhering strictly to what their elders had taught them.

From the point of view of a Western spiritual practitioner, many of whom don’t adhere strictly to one Religion in any case, it is good to be relatively flexible with your chosen spiritual symbol, being open minded to the lessons it teaches and the feelings that it invokes over time. By doing so you may come to a fuller spiritual and self awareness. The contemplation of symbols and their significance is also appreciated as a means of better understanding the individual by psychologists, particularly of the Jungian tradition. As such, practice of symbol-meditation need not imply to the strict adherence to any one creed, but can rather be undertaken as part of one's personal development whether secular or spiritual.