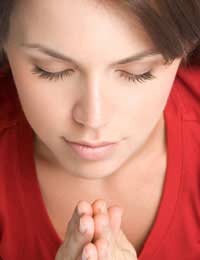 Shamanism is a word used to describe spiritual practices held throughout the world that incorporate a belief in spirits who can communicate with our world, and utilise this communication for the purpose of spiritual and physical healing. Shamans also believe in the power of animals and the connectedness of animal and human energy.

The purpose of Shamanistic meditation is to tap into spiritual and animal energy, and sometimes involves the shaman entering a trance like in which they are said to leave their body and enter the spiritual realm for answers to worldly problems.

The Shaman belief system is very interesting as the route to becoming a Shaman healer is one that involves the Shaman first going through deep trauma and upset in their lives before they gain wisdom to become a healer. This is never intentional and there is no path to becoming a Shaman. It is merely acknowledged that the true path to wisdom comes from an interaction with strife, rather than an avoidance of it. This is similar to Buddhist and Modern Psychoanalytic training.

Shamanism is a deep and varied practice that cannot be precisely defined. However, it is possible to use broad Shamanic methods in order to enhance meditation.

Simple meditation practices involve simply clearing the mind and letting your relaxed imagination wander in order to solve a problem you have. Let yourself enter a near dream state asking yourself first for the protection of any God, spirit or Saint that you feel comfortable with. In this state accept the impressions that you receive and pay particular heed to any animals that appear in you visual imagination. Let tour mind wander for up to 30 minutes, before reflecting on the solutions your mind has offered, however abstract they are.

A meditation more practical for those who share no spiritual beliefs involves taking on board the connectedness that Shamanism accords between humanity, spirituality and nature, simply by reflecting on the relatedness of nature and humanity, and the link that follows between all things in the world and the universe, which is perceivable even to non-spiritual believers.

A useful notion common to Shamanic traditions is that of the soul leaving the body in times of physical or emotional trauma (in order to protect itself). Much in the way of healing involves soul 'retrieval' - going into a meditative state in order to bring back the lost soul. In a way this can be seen as familiar to the 21st Century Western individual who may feel stressed and pressured, leading themselves to withdraw, and to accordingly complain that something is 'missing'. Western therapies, just like Shamanic practices aim to find the essence that is missing through counselling, relaxation and a modification of mental processes through medication, to make them more akin to 'healthy' processes. Any meditation can in this way be used to restore a sense of normalcy and to relieve the sense of loss that can occur after a traumatic or stressful part of your life.