I Used Meditation to Overcome a Drugs Problem 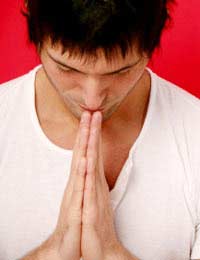 I was addicted to amphetamine for around 15 years and am now approaching 40. It began in my early 20s and, like I'm sure most addictions begin, started with weekend social use before progressing to daily use over a period of a year or two.

Initially the drug heightened my concentration and energy levels which was a real buzz but as my tolerance for the drug increased I was taking more for the same effect and the last decade of my life has been a cycle of being awake for 3-4 days at a time and then sleeping for 2 days - not the healthiest of lifestyles! Without the drug I couldn't concentrate at all, my brain couldn't visualise anything and my memory was so dire that I would forget the end of sentences. Physically, mentally and emotionally I was a mess and am probably lucky to still be alive. 18 months ago I decided enough was enough, went to see my doctor and booked myself a counsellor. With her help and my determination we kicked it into touch.

I have been drug free for a year and decided to use meditation to help restore my levels of concentration which were non-existent after so many years of gradual damage to my brain. I had always been interested in buddhism and meditation from when I was a teenager and read loads of books on the subject - I found it fascinating and even tried a few sessions of meditation as a 15yr old.

I found a two day meditation course at the Buddhist Centre in Chorlton, Manchester which my girlfriend and I attended about 6 months ago. We made a couple of big cushions, turned the spare room into a meditation room and tried what we'd learnt. 6 months later I do 3-5 sessions of breath counting each week for 20 minutes each session where I light an incense stick, kneel comfortably then close my eyes and relax my body from the top of my head to my toes. I then turn my attention to my breathing, concentrating on the cool air going in through my nostrils and the slightly warmer air coming out, counting on each exhale. When (and more often if) I reach 10, I start again. I am just now beginning to get to 10.

Little by little my awareness of things around me is improving, my memory is returning and I am generally functioning a lot more efficiently in my daily life. The 20 minute sessions take a lot of effort and some sessions I don't even reach a count of 1! The way I look at it though is that it's like starting to exercise when you know that until you reach a certain level of fitness then your muscles will ache and you will be short of breath, even though it's doing you good. Once you become fitter however the benefits increase and exercising becomes easier and a joy. I am treating my brain like a muscle that's been neglected for years and I know that with training it will become stronger.

Anyways, suffice to say that some days concentration is nigh on impossible but little by little there is improvement and I know that my meditations are a key ingredient in my recovery and that's my story so far.

Thanks to Philip our reader who shared this story with us, please note that his name has been changed to protect his anonymity. Meditation Expert made a donation of £15 to the NSPCC on behalf of Philip to say thanks for sharing his experiences with our readers.

If you have a story that you could share that will help other people in a similar situation to one that you have experienced then please Contact Us. We can change names etc. to keep you anonymous.