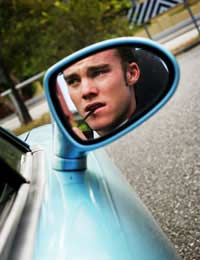 As a busy advertising executive and father to three young boys, Scott was always on the go. During the week, he ate lunch on the run, was glued to his mobile phone and rushed from meeting to meeting, whilst trying to finish presentations and reports on his laptop. At weekends, he dashed from football practice to swimming lessons, birthday parties to supermarkets, as he tried to help his wife with picking up the children and doing the household chores.

So when his doctor suggested meditation as a way of reducing stress levels and dealing with his developing high blood pressure, he laughed out loud.

“I said to her, you’ve got to be joking! Where on earth would I find the time to meditate? I can barely find the time to sleep!” He recalls. “And besides, wouldn’t I need to find some sort of Zen room with special music and candles and stuff like that? Our house always looks like a tornado had hit it! It’s always cluttered with all the boys’ toys and sports stuff.”

Clearing up some meditation misconceptions

But when Scott spoke to his wife, he found that she was very enthusiastic about the idea and even referred him onto Mel, a friend of hers who practised meditation regularly. Mel explained to Scott that meditation actually did not have to take on a spiritual form or involve any chanting or Eastern decorations or any of the other common misconceptions.

“She said that meditation was really just about learning to concentrate inwards and breathing in a certain way, so as to clear and calm the mind and become more relaxed. And she told me that although she did make up a special corner in her bedroom for meditating, she finds that she often just does a short session wherever she is – like sitting on the train or waiting for a client to show up. Or she often does it for 5 minutes just before she goes to sleep, which is actually a really good time because it helps you get into this really relaxed state which helps you sleep better.”

Introducing meditation into a busy lifestyle

Armed with this new knowledge, Scott decided to give meditation a try. After all, he figured, he managed to make time every day – no matter how busy he was – to brush his teeth. So surely he could manage something similar for meditation?

“I really tried,” he says. “I tried getting up a bit earlier in the mornings but then I found I was so grouchy and tired that I just couldn’t think about anything other than going back to bed for a bit longer. I then tried to meditate during lunchtime at work but I work in a really busy office and there is always something going on – besides which we often have the radio going and the TV playing our ads on a loop – so it was really impossible to find a quiet spot. If I’m sitting there, somebody will call me asking about something or the phone or ring or one of my colleagues will start telling a joke or a story about their weekend and I would find myself wanting to listen and getting distracted…so I gave up on the office idea as well.”

In fact, Scott was thinking of giving up altogether. He felt that the act of trying to find a time and place to meditate every day was actually making him MORE stressed! However, his wife urged him not to give up and suggested he contact Mel again for advice.

“Mel was great. She said that when you’re short on time, you can cut down on the length of meditation time – it’s quality over quantity. She told me that I didn’t have to meditate every day if that was really too difficult. I could just do a couple of sessions on the weekends and still benefit from that,” says Scott. “She also suggested that I change the way I normally do things to try and squeeze out a bit of extra time. For example, she said that she has started recording all her favourite TV programmes so she could watch them afterwards and fast-forward through the ad breaks. This could save her up to 10 minutes per programme which she could then use in a meditation session. She told me that I just had to be more creative and come up with different places and ways to meditate, which would fit into my lifestyle.”

Scott sat down and thought through his daily routine – and suddenly he had the answer. Once he arrived home, with the demands of the family, it was impossible and at work, it was too difficult but what about the time in between? He drove a car instead of using public transport but he discovered that he could park his car a few blocks away from his house and spend 10 minutes meditating there before going home. It was quiet, undisturbed and perfect for meditation – and did not feel like taking significant time out of his daily schedule. He soon found himself really enjoying those sessions and looking forward to having some quiet time just for himself daily.