Home > Meditation In Action > What Should I Eat?

What Should I Eat? 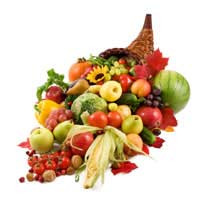 There is no universal specific diet for meditating, yet there are a number of factors you may wish to take into account before either embarking on a course of spiritual or secular meditation. Whilst many religions have prohibitions and rituals governing eating before prayer, or to mark special occasions, those meditate for secular reasons will do well to eat a healthy diet so far as possible, and to be mindful of what they eat.

Whether you are meditating for better wellbeing in general or in line with a spiritual belief, your overall health and attitude to food will be essential to your being able to develop a calm state of mind. Whilst some foods and drinks are best avoided, attention must always be paid to the way in which you consume, taking heed to be over greedy in your actions. Gluttony is at odds with both the secular and spiritual aim of meditation as the intention to place oneself at the centre of wider existence, as one part of a greater being or network. Food, therefore, should not be all 'me, me, me', but, rather, should be consumed with an awareness of its source and of our own interconnectedness with it. Doing this will help you to remain mindful whilst preparing and eating food.

Foods to be Avoided and Their Alternatives

Many Eastern religions and spiritual forms, such as Hinduism and Buddhism, prohibit the eating of all meat as immoral, and believe that in order to foster an awareness of our oneness with all things it is necessary to avoid the killing of all animals and the consumption of animal products. This in itself makes for a very healthy diet, low in cholesterol and easily digestible.

However, these rules are not always hard and fast. As the Buddha himself found, during a period of enforced starvation, self denial is no way to achieve a sense of well being, the main thing is to eat well and not too over zealously. Certain foods certainly contribute to one's energy levels, whilst others sap them and an awareness of which foods to eat will help to foster the conditions for meditating effectively.

In a Western society, where food and stimulants are abundant and the choice of whether to eat meat or not is considered a personal one there are a few things to take into account when starting to meditate:

such as caffeine and nicotine make it hard for one to relax and are best avoided. Try substitutes such as Camomile Tea (which is naturally relaxing) and Rooibosch Tea, both of which can be found at natural health stores.

such as sugars, sweets, white bread, fizzy drinks and fast food, will give a sudden burst of energy, which is very quickly counteracted by a period of intense tiredness. Eating such foods makes it difficult to maintain and concentration and positivity over time. It is advisable to base your diet around slow release energy foods such as brown bread, brown rice, vegetables, fibre, fruit, nuts, oatcakes, houmous, baked potatoes, beans and pulses. These foods will break down over an extended period of time keeping your energy levels up throughout the day. is recommended by the government. Other European countries feel this to be a bit low. The main thing is to eat several pieces of fruit and vegetables; the more the better, as they are vital source of vitamins and nutrients that are essential for wellbeing., if you wish. From a health point of view it is recommended that you shouldn't eat beef steak more than once a fortnight as it is high and creates deposits in the gut which are difficult to digest. This goes, to some extent, for all red meats. Many healthy eaters prefer to stick with white meat, or just fish, both of which are relatively easily digested and leave one feeling 'lighter' than red meats. - and more if it is especially hot, or if you naturally suffer from dehydration. Along with air water is our natural life source and in the Western world we rarely drink enough of it.

Arguably, with so many diet fads, it can become confusing and stressful deciding what to eat. However, one simple way to look at your eating which appeals both spiritually and scientifically, is to regard your body as an amalgamation of tens of thousands of cells - all of which need the right nutrients.

Spiritually speaking, the treatment of eating as a feeding of your many cells fosters a good attitude; you are not eating for you, but rather to feed cells of which there are billions in the universe. From a scientific point of view it follows that if you are meditating for relaxation you will want to eat well in order to provide your cells with the necessary goodness to sustain your energy: Healthy body, healthy mind!