Home > Meditation In Action > How to Meditate in Everyday Life

How to Meditate in Everyday Life 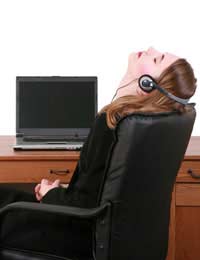 Meditation is not necessarily best experienced sitting in prescribed positions and following specific mantras or breathing techniques. In the contemporary Western world it is perhaps not best practice to sit in an unusual position whilst chanting mantra's that seemingly have no meaning.

As Alan Watts argues in his seminal text, 'The Way of Zen', the practice of sitting in the lotus position harks back to a time in India when that was the way that people sat as a point of etiquette. Furthermore, they would sit for prolonged periods of time, because in India at that time, when you weren't working the land, you were generally sitting - there was little else to do.

Buddhism teaches that becoming enlightened requires a change in one's state of mind, and this requires attentiveness to the everyday and an awareness of the true nature of things, without distraction. At a time when sitting in the lotus position - for example - was a prevalent activity, this teaching implied that following a spiritual path entailed sitting attentively and mindfully for long periods of time. One way of doing this was to focus on the rising and falling of the breath whilst chanting a spiritual mantra. Hence meditation began to be seen as just this: sitting for prolonged periods and breathing.

The trouble with this is that meditation has become something of a mini institution in itself, with individuals desiring to undertake ritual forms of a meditation as if this will immediately improve their lives - when in actual fact the unnaturalness of ancient forms of meditation may serve to further distract individuals from developing a mindfulness of reality. For this reason, it is perhaps necessary to strip meditation down to its essentials - its use as a means of accurately and effectively perceiving reality without distraction.

Due to the high pace of life in the Western world it is not always possible or desirable to sit for hours a week in meditation. Accordingly, it sometimes makes sense to meditate around your everyday life, developing an awareness of the transience of reality and clearing the mind as part of your existing routine. This involves being intently mindful or aware of sensations as they arise during the course of your day. Initially, it is best to focus on trying to achieve this in relation to just one or two activities a day. Following this it will be possible to develop an awareness that is carried with you in everything you do.

This can be started relatively easily by choosing an activity which you intend to become intently mindful of and resolving to undertake that activity with an absolute awareness of the sensations that accompany it. For example, you could choose to become mindful of the drive to work in the morning, feeling the sensation of driving, whilst resolving to not become distracted along the way. You will soon note how much more pleasurable this is than commuting with a head full of worries about yesterday, the day ahead and so on!

In meditating as part of your routine you can effectively begin to adopt a more relaxed and healthy outlook. If you wish to pursue this as part of a more conventional meditation routine it is possible to spend ten or twenty minutes sitting or laying in a suitable place and counting your breaths, or repeating a mantra or affirmation that has special significance for you. The practice of meditating whilst practicing everyday activities can only enhance conventional meditation.

If you do practice conventional meditation be sure to do so in a way that fits in with your routine and lifestyle. Aiming for an hour's meditation a day is highly impractical, initially at least, for most people. If you have a busy work and/or social life ten minutes, three times a week is at least enough to start developing an awareness of the benefits of mindfulness.