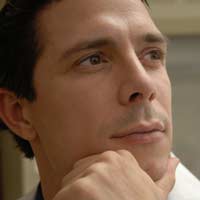 Although, on the whole, meditation is a positive pursuit, adverse effects are sometimes reported, and it is important to be vigilant should such problems arise. These problems are largely of a psychological nature, although many of them arguably arise out of a discrepancy between Eastern spiritual thought and Western scientific thought.

The adverse effects of meditation are widely documented in Western clinical research, with many reports warning that meditation can lead to: social detachment; despondency; withdrawal into the self; depression; anxiety; confusion; psychosis. Whilst such symptoms are common enough, it must be noted that Eastern schools of thought widely warn of the difficulties of following a spiritual path.

The extinguishment of the self in the attempt to become one with all things, or with God comes at a price. Between one’s state as is before starting meditation, and the attainment of enlightenment there is a boundary to break through, which is often painful. St John of the Cross - a Christian Mystic - spoke of a ‘dark night of the soul’; whilst Jesus urged that his disciples undergo a ‘Baptism of Fire’.

The experience of emotional and spiritual upset is not surprising in this context - the intention of meditation is to bring about an entirely hitherto unknown form of consciousness for the individual. The effective eradication of the boundaries of time and space that the individual undergoes during meditation can account for the claim that many people make to possessing otherworldly insights, clairvoyancy and psychic abilities.

The sense of detachment so often observed by researchers into the adverse effects of meditation perhaps accords with the incommunicable nature of the insights gained by individuals practicing spiritual meditation. It is worth bearing in mind that what one aspires to in meditation is the realisation of truths for which there are no adequate descriptions in the human language. To glimpse the nature of God, who is apparently all knowing, is to see something way beyond normal human understanding, hence it may be incommunicable. Without the right guidance, powerful insights of this kind could undoubtedly cause upset, especially in a society that is ill-equipped to deal with them.

Interestingly, there are strong parallels between the way Western psychology perceives mental illness and the way in which spiritual phenomena are perceived. Mental breakdown, for example, is often described as a breakdown of the self on a path to reconstituting the self in a new more positive way.

For some spiritual practitioners the same is true - intense psychological disruptions arise from a shedding of the ego-self on the way to realising one’s true place within wider existence. That these states are not allowed to always run their true course in Western society may accord with our general way of thinking. In Western society to not be able to find a ‘quick fix’ for a health problem is often considered a failing.

Additionally, in a society where monetary gain is so highly valued, belief systems and states of mind that are not conducive to creating goods, services and profit are easily maligned as ‘unhealthy’.

Whilst it is beyond doubt that meditation can induce illness, in the sense that someone who is not feeling ‘well’ is ‘unwell’, whether or not such illness merit’s a complete suppression of the symptoms through medication is questionable. Illness is always the body’s warning that something needs resting or changing. The question is, does a feeling of mental illness arising from spiritual practice point an inherent fault in such practice, or does it rather arise as a discord between the true start of harmony one seeks to achieve through meditation, and the state of mind that one has exercised up until serious meditation is pursued?

In a world full of variables, when pursuing a spiritual path it is difficult to quantify or judge results. Just as with the practice of psychoanalysis it is often warned that much must be endured before one can emerge on the other side of such a practice as a more complete and well rounded individual.

Undoubtedly much about spiritual practice can lead one into pitfalls, with side effects issuing from the unfamiliar nature of spiritual experience. Many of these side effects can lead the unwary practitioner into delusions of grandeur on the one hand, and feeling of intense despair on the other hand. If there is any doubt of this, it is worth asking oneself why so many persons that are certified mentally ill suffer ‘delusions’ of a spiritual nature. Surely delusions being delusions could just as well be about anything, if it were not for the fact that spirituality lends itself to states of being that are misunderstood by Western society. In light of this it is well worth heeding the advice of experienced spiritual practitioners and keeping your feet firmly on the ground as you embark upon a course of meditation. It must also be cautioned that as spirituality attains after a realisation of truth, there really is nothing mystical about it; it is merely the coming to an understanding of that which science has not yet grasped.

Finally, in much the same way that it is advisable to not go overboard in a pursuit of physical ecstasies or intellectual greatness at the expense of other faculties (emotional, social and spiritual), it is advisable to keep check of your progress in respect of your wider health.